A useful one sometimes. Let’s see how we can remember it.

You must already know the verb БЫТЬ – to be. As sound Ы is a hard nut to crack, probably in the beginning you always pronounced it like БИТЬ, completely unaware that it is another verb.

Word-for-word: So that all were happy, must kill those who (is) unhappy. (In Russian we normally have singular forms with КТО – who).

It’s an exciting adjective in Russian, здоровый. You will probably hear something like this while drinking with a bunch of Russians (Ваше здоровье! – let’s drink for your health!) and think it is just about health – slim chance! Apart from “healthy”, it can also mean “very big, huge”. So,

здоровый мужчина can mean both, a healthy/strong man and a fat/sturdy one (aren’t in English fat chance and slim chance the same?) 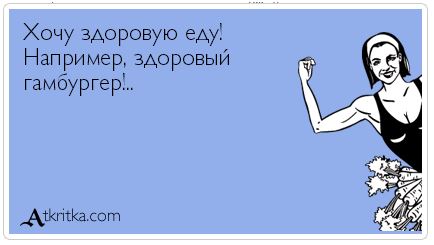 I want healthy food! For example, a huge hamburger! (in Russian these two adjectives would be the same! – a word play)

That was interesting for me to know what the word ИДИОТ originally meant – a person who is concerned with their own business rather than public affairs, politics, etc. (and some politicians are called idiots?) which in Greece was not really a good quality, so it acquired a negative meaning, as in these words, usually attributed to Putin:

hard to talk to the deaf, show the truth to the blind and argue with idiots

It’s strange but in Russian we have the same word for house and home – ДОМ. In certain context it’s possible to distinguish between them:

So, if we use Accusative with a preposition (second option), that’s more about building itself and house. Just the noun alone – more about home.

Я в доме – I am inside the house

Again, if we use here Prepositional with a preposition (second option), that’s more about building itself and house. Just the noun alone – more about home.

В доме 5 этажей – There are 5 floors in the house (building).

The second is more about oligarchs!

Sometimes they are interchangeable: 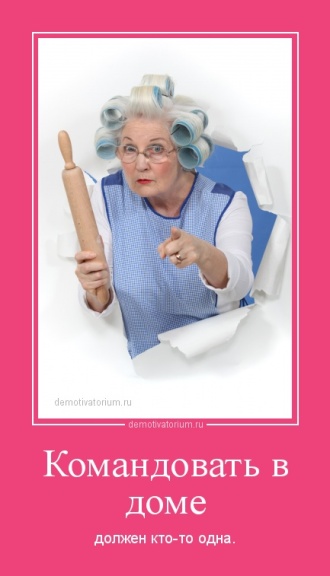 Word-for-word: to command in house (at home) must somebody one (Only one person must command at home) (Source: demotivatorium.ru) – the funny bit is that ОДНА in Russian applies only to women!

The 6th of June in Russia is the day of the Russian language. Let’s celebrate it by learning something new! For example:

to congratulate on something, you can use the following pattern:

C днём русского языка! (C + “day” in instrumental case + related words in genitive, as it corresponds to the of phrase) – “with (=on) day of Russian language!”

Why 6th of June? Because it is Alexander Pushkin’s birthday. He wrote beautiful poems among everything else). For Russian he is just as important as is Shakespeare for English).

Haven’t learned Pushkin’s poems by heart yet? No problem, can be fixed by a little cheating.

There  is some confusion with these words – both words will be “now” in English. Many Russian native speakers would even struggle to explain the difference even though they use them correctly on subconscious level.

СЕЙЧАС (*СИЧАС) means “now” without any reference to the past, and

ТЕПЕРЬ (*ТИПЕРЬ) means something like “… while now” as opposed to the past: we had something in the past but ТЕПЕРЬ we…

Sometimes the difference is not quite clear but if you let’s say compare it with how (different!) it was in the past, better say ТЕПЕРЬ.

So, СЕЙЧАС in the examples above  can replace ТЕПЕРЬ but it will loose its reference to the past. To retain the reference and СЕЙЧАС, we would need to create a special context:

Раньше я был банкиром, а сейчас пишу книги – I earlier was (used to be) a banker but now write books

But sometimes ТЕПЕРЬ cannot replace СЕЙЧАС at all, because often СЕЙЧАС is used for future without reference to the past:

Я сейчас напишу тебе письмо – I will write you a letter now (no reference to the past, so ТЕПЕРЬ would not make sense)

Я купил квартиру и теперь буду жить отдельно – I have bought a flat and will now live separately (here ТЕПЕРЬ is used for future but there is connection with the past!)

So, whenever you are talking about present/future and link it (compare it) with the past, go for ТЕПЕРЬ.

And for dessert (why do we use ТЕПЕРЬ and what word helps us make the choice?):

Quite a rude word, isn’t it? However, as it is unfortunately used very often, it won’t hurt to know it. So,

дурак is about a man, and

дура is about a woman:

To brush up your imperative mood skills, refer to my super scheme here. (ИЩИ is formed from stem ИЩ, infinitive ИСКАТЬ).

It is possible to soften this word slightly and instead of ДУРАК say ДУРАЧОК (with a proper soft intonation) – a woman who calls a man ДУРАК does not love this man, but if she says ДУРАЧОК, she probably does!

Also, in our failry tales we have a famous character ИВАНУШКА-ДУРАЧОК (something like Ivan-the-Little-Fool). He is usually silly, kind, lazy and not selfish at all, yet (or therefore?) lucky and in the end he marries a princess and gets half a kingdom! (How? He inherits a cow, foolishly changes it for a goat, then the goat for a chicken and the chicken for an egg but this egg turns out to be magical, etc).

And yes, in Russia single women in their 30s are in a tough condition as the society thinks they should already be married!

I'm Eugenia, a professional tutor of Russian. Over years of teaching, I've accumulated many interesting materials for learning Russian which I'd like to share with you. This blog is for those who can read Russian, know basic words and basic grammar but would like to progress further. If you want to arrange a Skype lesson, just message me eugenia@eu-trans.co.uk

Sturdy Russian
Create a free website or blog at WordPress.com.